Velodrome to Riverside
An easy route that begins in the East end and takes in Glasgow Green, ending at the Riverside Museum.

/ From Emirates Arena head west along London Road towards Bridgeton Cross.
/ At Bridgeton train station turn left onto Olympia Street.
/ Bear right onto James Street and follow as it becomes Kings Drive.
/ Turn right into Glasgow Green before crossing the river Clyde.
/ There are multiple routes through the park but keep the river on your left to avoid getting lost.
/ While you’re in the park you could stop off at the People’s Palace for a look into the history of Glasgow and the people that live here. Or stop at the Doulton Fountain if the weather is nice. There is a lot to see in the park so you could spend a while exploring.
/ Head for the west side of the park where you’ll see the McLennan Arch and out onto Saltmarket. You should see a bridge leading south over the Clyde river & a set of traffic lights from the park side leading to a cycle path.
/ Cross and follow the path as it runs along the river. Cycle paths are usually shared with pedestrians in Glasgow so bear this in mind while cycling though the city.
/ Continue along this path, you will pass another suspension bridge & pass under road and rail bridges.
/ The cycle path emerges at the King George Bridge. You will see the Water Bus sign & ahead is the Gala Casino.
/ From here the cycle path will lead you along the river to the Pacific Quay. On the way you will pass under the Kingston Bridge.
/ Once you have passed the SECC, BBC & Science Centre, the cycle route continues past the helipad to the Riverside Museum. 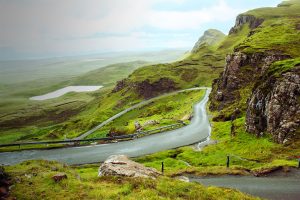 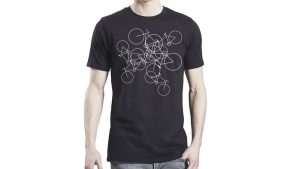